In general, I don't revist too many of the shops on the Tokyo ramen hit list. As much as I love many of them, there are just too many other tempting places I want to go, and life is too short to keep eating the same bowl over and over. I have much respect for those who are devoted to a few shops, by what can I say, I have itchy feet and a wandering tongue. 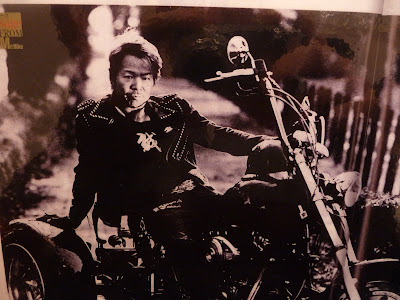 But some shops are worthy of revists, and even downright obsession. Môko Tanmen Nakamoto is one of those shops. Famed as one of the spiciest bowls in Tokyo (at least, spicies on this side of the universe), it was tasty enough for regular customer Shirane Makoto (picture above) to quit his day job and become head cook when the original master retired decades ago. More recently, I received word from reader Stanklez that she was flying across the world for the sole purpose of eating at Nakamoto. 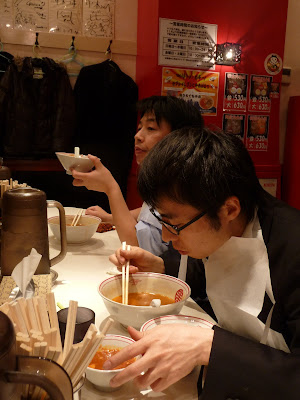 What could inspire such devotion? For the full back story on Nakamoto, check my old post on a visit to the Ikebukuro shop; but suffice to say that their miso ramen laced with pounds of chilis is addictive. After a couple beers in Shinjuku, Keizo and I both got the craving and hurried over to take our place among the slurping salaried masses. 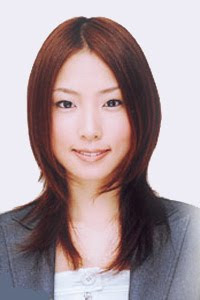 Head cook Shirane likes to cultivate a tough guy image (the shop is called "Mongolian Noodle Soup" after all...), and that includes prominently displaying the signatures of all the various babes that have eaten his noodles. As it were. Seeing TV talent and model Megumi's name up on the wall brought back some old college study abroad memories. Too bad I didn't happen to be eating at Nakamoto on May 12th, 2001 when she signed her placard. 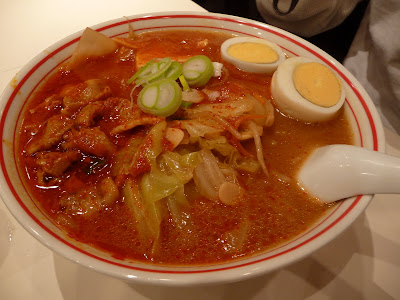 Nakamoto's bowls are ranked on a spiciness scale of zero to ten, and Keizo split down the middle for the most popular item on the menu, the store's titular menu item, the Môko tanmen, which is the base miso soup with a thin layer of chili oil, plenty of stir fried veggies, an egg, and hiding behind the onions, a couple of slabs of mapo tofu. That ranks a 5 on the heatometer. 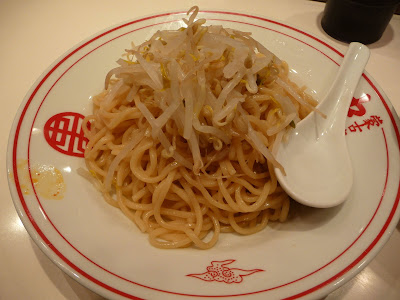 But I'm a masochist. I ordered the plain noodles. 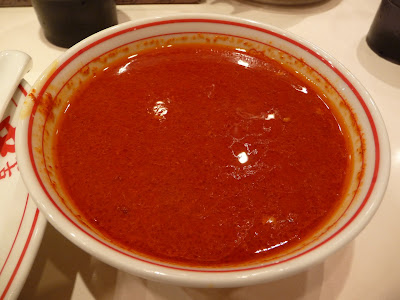 Plain noodles with uber-spicy dipping broth. Coming in at ten full stars, the "hiyashi miso" translates as "chilled miso", but is scorching hot - chilled is Nakamoto's way of designating tsukemen dipping noodles with soup on the side. Last time I ate at Nakamoto, I got the Hokkyoku (North Pole) ramen, which scores a nine, but what the hell, I had a few beers in me, and the gusto cried out to be gone for. 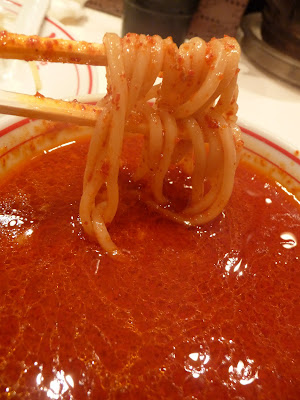 Verily, this is a spicy bowl of tsukemen. Not dissimilar to the spicy miso at Waseda's Takagiya, but even more potent, this one was enough to make Ramenate choke. And love every second of it. If you like spicy food, this one is truly not to be missed. I often complain about tsukemen always being the same, but Nakamoto's hiyashi miso is in a category of it's own. 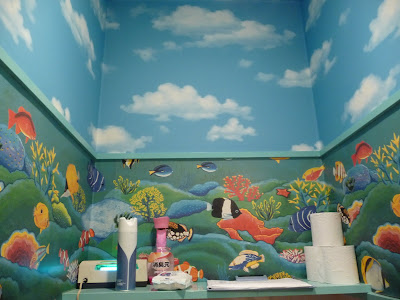 And if it gets to be too hot, you can cool off with a dip in the sea, or at least the ocean-themed bathroom. After this, my second trip to Nakamoto, it's officially solidified it's place as one of my favorite shops in town. Even if you can't handle the hot stuff, they have a range of much more mild dishes that I'm sure are just as good. And who knows, maybe you'll run into the next generation's Megumi?
Posted by Nate at 2:42 PM

Here is a silly question. . . . where is this place?? LOL I had been planning on trying it out today but I can't seem to locate an address or a map of where in Shinjuku it is. Same with the other branch. Any help here??

Also, a recommendation for ya. . . Have you tried Ichiran in Roppongi? If not, check it out. They let you customize your ramen to how you prefer it and you sit in a cubicle to really "experience" your ramen. Its Tonkatsu style and supper delicious.

Come out of the West Shinjuku Station entrance and turn right, heading through the big crosswalk, past the UNIQLO store (which she should also shop at). Cross the street, continuing a block or two. Across the street, there is a Tully’s Coffee shop. On the same side as Tullys, is Nakamoto, down some basement steps.

Is this place child friendly? Both seating wise and food wise?