People have a lot of mistaken ideas about ramen. What it is, how to eat it, whathave you. But one ramen-related stereotype that's been on the wane of late is that whatever ramen is, it's not for ladies. Though there are plenty of shops that maintain that old school down and out slurper image, and plenty more that embrace the dudely side of ramen full bowl (see Ramen Jirô), there are more than a few that actively seek to appeal to lady noodle lovers. 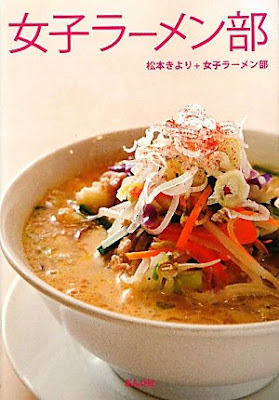 There was even a recent book (and one of the best on the market at that) called "Girls' Noodle Club" highlighting shops in the metropolis that can leave a lovely lady satisfied. 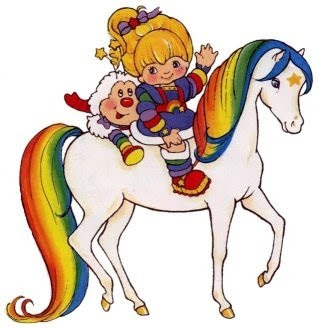 Restaurants in Japan often become weirdly gender-segregated - beef bowls, fried pork, and curry huts for boys, bakeries, cute cafes, and foreign foods for girls. Some shops, like Machida's Koshinbô actively appeal to women with pastel interiors and healthy menus, but many of the current generation of ramen shops, if not actively seeking to transcend this binary, at least go out of their way to create a space that feels comfortable for patrons regardless of class or gender. 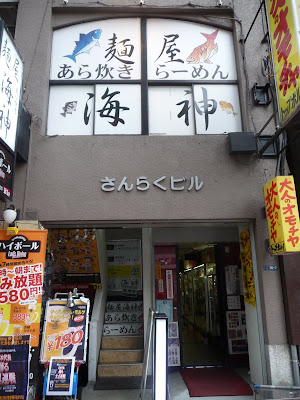 Enter Kaijin. Located just across the street from the southeast exit of Shinjuku station, Kaijin is an easy to overlook shop worth not overlooking. A few weeks back my friend Y and I set out to give it a shot. 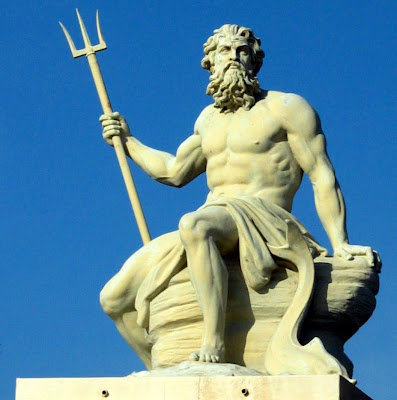 The name may mean "god of the sea," but the deity in charge here is all goddess. The head cook at Kaijin is one of a small but growing number of female chefs in the ramen world, and she's not messing around, but playing for all the fish in the sea. Which is exactly what finds it's way into Kaijin's broth. 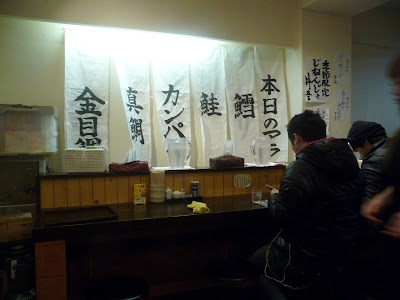 The soup at Kaijin is a light broth made almost exclusively from the frutti di mare, changing regularly depending on what's in season. The ingredients of the daily stock are displayed on cloth streamers inside the shop, which are switched out regularly. The day I visited, the soup was gleaned from tara (cod), sake (salmon), kanpachi (amberjack), kinmedai (sea bream), and madai (snapper), but the taste changes with the tides. 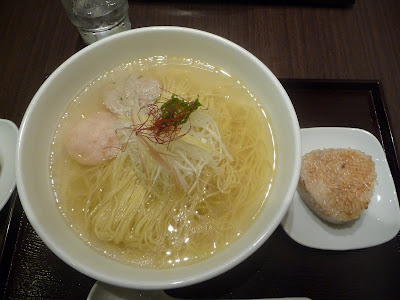 The result is a thin but fully flavorful and refined broth that maintains a pleasant taste of the ocean without becoming overly "fishy" like some darker soups made from dried bonito and mackerel stock. "Gyôkai" ramen has become an increasingly important genre, in which a very strong fish broth is blended with a creamy pork bone soup, as developed by shops like Aoba, Menya Musashi, and Watanabe. But Kaijin's bowl is something else entirely. 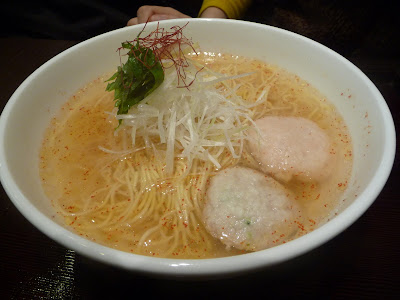 Kaijin's toppings are equally unconventional - a few sprigs of shiso leaf (beefsteak plant often served with sashimi), raw and spicy myôga ginger, and two chewy cakes, one made of finely ground chicken, the other of shrimp. The bowl is also available with a sprinkling of red chili, in case you want to add some kick to the engine of your ocean skiff. 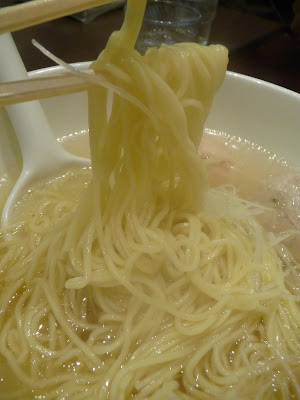 The noodles are thin, straight and white, somewhere between what you might find in a bowl of Kumamoto ramen and a plate of vermicelli. They taste fresh and hold up well without getting soggy - another advantage to such a light and refreshingly unoily bowl. 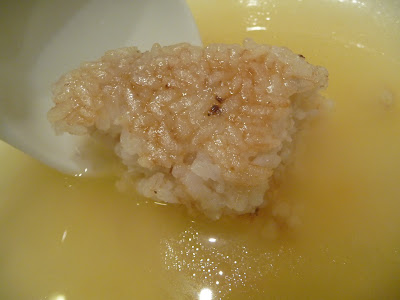 If you go, be sure and throw down the extra few yen to get the set meal, which includes a ball of grilled rice mixed together with small bits of dried fish. Crunchy on the outside and soft on the inside like an eskimo in an igloo being eaten by a polar bear (huh?), it's perfectly edible by itself, but even better dipped in the soup. Kaijin isn't just a great ramen shop, but a great seafood restaurant that happens to only serve ramen. 70% of the planet is covered by oceans, so I expect a full 70% of you to go out and try Kaijin's ramen to try and even the balance, because this shop comes close to scoring a 100.
Posted by Nate at 12:40 AM

Great review. I'm drooling reading this right now. :) I can't wait to try it on my next visit. Thanks.

you drooling is the best compliment i can get! kaijin is definitely ramen like you can't get anywhere else...

An impressive share, I just given this onto a colleague who was doing a little analysis on this. And he in fact bought me breakfast because I found it for him.. smile. So let me reword that: Thnx for the treat! But yeah Thnkx for spending the time to discuss this, I feel strongly about it and love reading more on this topic. If possible, as you become expertise, would you mind updating your blog with more details? It is highly helpful for me. Big thumb up for this blog post!
cara menghilangkan kutil
obat kutil kelamin manjur

There are certainly a lot of details like that to take into consideration. That is a great point to bring up. I offer the thoughts above as general inspiration but clearly there are questions like the one you bring up where the most important thing will be working in honest good faith. I don?t know if best practices have emerged around things like that, but I am sure that your job is clearly identified as a fair game. Both boys and girls feel the impact of just a moment’s pleasure, for the rest of their lives.
jual obat gonore/kencing nanah
cara mengobati sipilis dengan obat alami
cara cepat menghilangkan kutil
jual obat raja singa

This article is unique and interesting. thanks for your share. I have been meaning to write something like this on my website and you have given me an idea.
obat herbal manjur untuk penyakit wasir atau ambeien
cara mempersempit vagina setalah melahirkan
obat herpes herbal

This article is unique and interesting. thanks for your share. I have been meaning to write something like this on my website and you have given me an idea.
mengobati kutil kelamin pada pria
obat herbal alternatif untuk raja singa

I’m impressed, I must say. Really rarely do I encounter a blog that’s both educative and entertaining, and let me tell you, you have hit the nail on the head. Your idea is outstanding; the issue is something that not enough people are speaking intelligently about. I am very happy that I stumbled across this in my search for something relating to this.
konsultasi dokter kelamin online
obat herbal untuk gonore
bagaimana cara mengobati kencing keluar cairan seperti nanah
cara cepat mengobati kutil kelamin

This article is unique and interesting. thanks for your share. I have been meaning to write something like this on my website and you have given me an idea.
mengobati kutil kelamin tanpa operasi
obat alternatif untuk penyakit kutil kelamin
obat kutil kelamin yang sudah terbukti manjur
obat herbal untuk kanker


This is the right blog for anyone who wants to find out about this topic. You realize so much its almost hard to argue with you (not that I actually would want…HaHa). You definitely put a new spin on a topic thats been written about for years. Great stuff, just great!
jual obat kencing nanah di jakarta
jual obat herbal untuk penyakit kanker payudara
jual obat herbal untuk kutil kelamin
cara mengobati kutil kelamin dengan cepat
dimana bisa beli obat untuk penyakit jengger

articles that are very good and for the future I hope your article more useful thanks again.
gadispoker