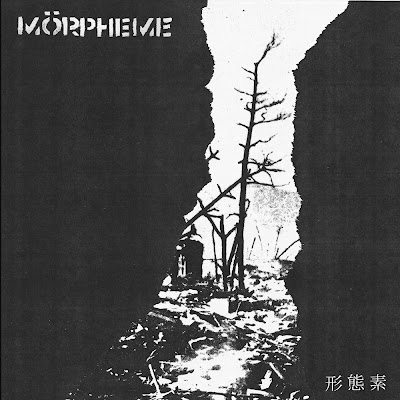 No, no, no, not the guitarist from the fuzzed out Oakland hardcore band Mörpheme (who take their umlaut seriously), the other Daiki. 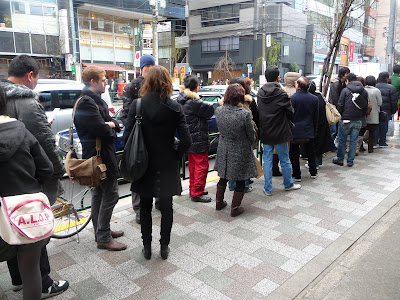 Y'know, the famous Tokyo chicken soup ramen shop that's had a line out the door since they opened 11 years ago. Glad we're on the same page. Located near the south exit of Ueno Park, the original location of Daiki is in the Yushima Tenjin area, once known as thee place to go when in search of cross-dressing transvestite geishas. 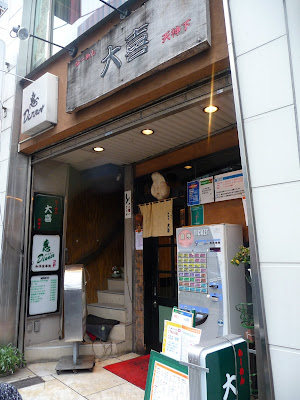 These days, the precincts are a bit more austere, and you're more likely to find 30 souls shivering in the cold waiting for a hot bowl of chicken noodle soup than you are to see a shamisen player in drag. I was showing around some pals from the States, and we were feeling the pangs of hunger after spending the morning in Ueno's museums and back streets, so we met up with Ramen Adventurer Brian to stop in at Daiki for a bowl and a beer. 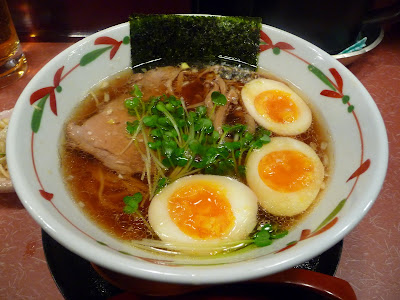 Daiki features very thin refined shio (salt) and shôyu (soy sauce) based soups, available in either standard or "torisoba" mode, the latter denoting a more pure chicken stock as the soup. Even if you don't get the torisoba, there's still plenty of chicken to be found. My bowl came with a serving of the rare three sided egg. 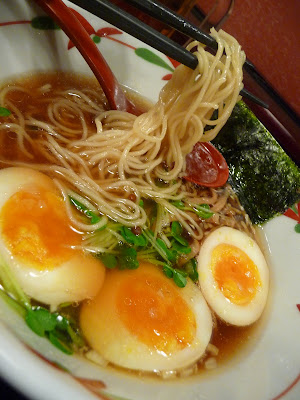 Daiki's noodles taste like they're specially made for the shop, and are extra straight and extra long, delivering a satisfying slurp. Like at Shinasoba-ya, they seemed to be placed in the bowl just right to get the perfect amount with every pull of the chopsticks. Though a thin shôyu soup, Daiki makes no bones (well, maybe chicken bones) in letting you know that they've evolved a long way from the simple brown East Tokyo soup of yore. Sadly, as a mere ramen blogger, my culinary vocabulary does not contain the words I need to describe the subtle flavor accents in this far from basic broth. The overall impression is fresh and light, and almost...healthy, though I could be getting fooled by the clover sprouts. 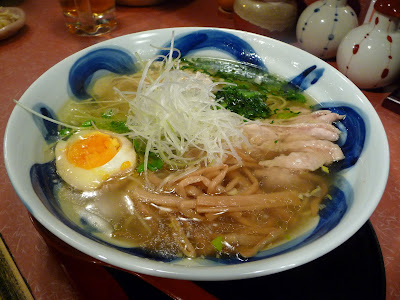 The even thinner and lighter shio ramen is just as tasty, and features a slightly different mix of fresh vegetables laid atop. The menma (bamboo shoots) are also some of the tastiest and woodsiest I've tried. All in all, I'd say Daiki was the best bowl I'd had that week...if it wasn't for the bowl I'd just eaten at...Daiki. 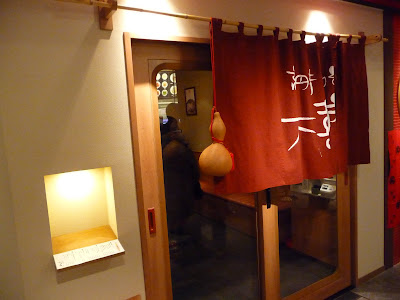 Or rather, Daiki-an to be more precise. Daiki-an, "Daiki's Hut" is the recently opened second shop, located in the freshly minted Ramen Yokochô ramen road area located in the basement of the Kôenji station mall. 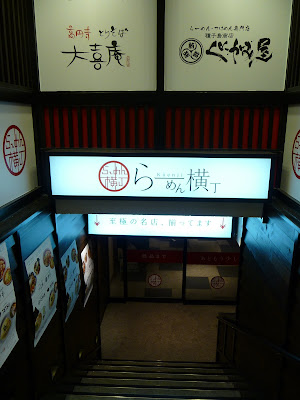 Kôenji is a great town, but to tell the truth, it WAS missing a truly tasty ramen shop in the immediate station vicinity. 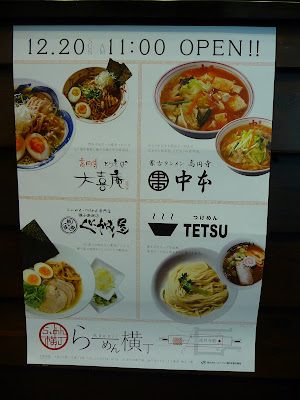 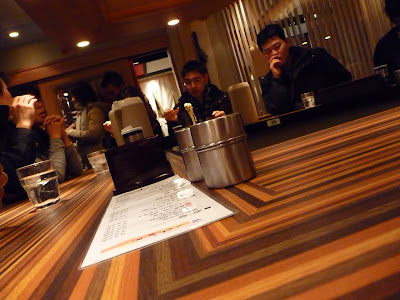 Despite (or perhaps because) of it's location in the basement of a train station, Daiki-an plays up the whole modern traditional Japanese design concept, with lots of hardwood decor, clean lines, and well-thought out abstract nature lighting concepts. 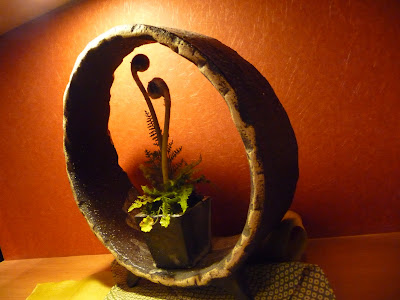 To be honest, it's pretty relaxing. And definitely a nice atmosphere to eat in, regardless of the fact that you're lined up along a twisting counter along with 30 of your closest slurping buddies. 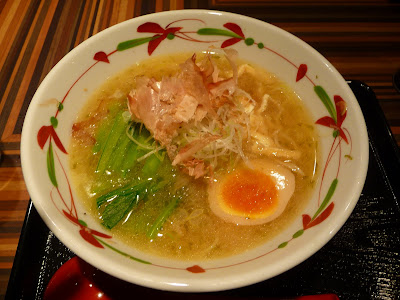 My bowl, delivered on a black lacquered tray, was the ume shio torisoba - a fancy way of saying chicken noodle soup topped with shaved dried bonito and just a hint of pickled plum paste. Oh wait, that's actually a pretty fancy bowl to begin with. If the original Daiki was great, this bowl was even greater. By far one of the best bowls of shio ramen I've ever eaten, Daiki-an's ramen surpasses even new school shio standards like AFURI and SOU, at least in this humble ramen critic's opinion. 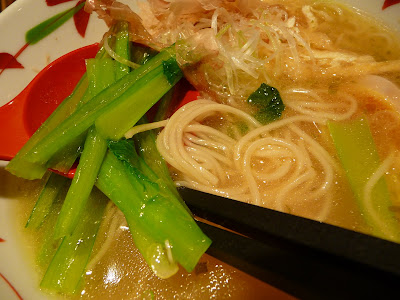 A fresh and crunchy salad of green stems, an eminently sippable soup (that got drank down to the dregs, thank you very much), and top quality noodles, this bowl is downright masterful. 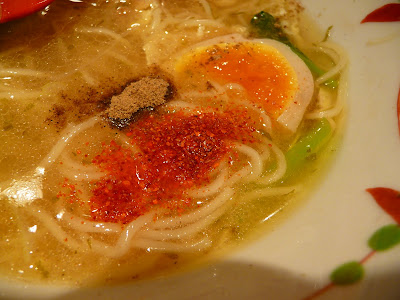 But even a master knows that some like it hot, so Daiki-an has provided shakers of ground red pepper, and even better, powdered sanshô, Japanese "mountain pepper" that's a near equivalent to the Chinese huajiao, the famously numbing "flower pepper" that makes your tongue tingle. I am a downright junkie for this stuff, and a dusting of that strangely undescribeable taste puts Daiki-an's ramen in the canonical category. A shop that's ridden out the trend and deserves its praise, Daiki is a top flight Tokyo shop that should be on every ramenater's hit list. But Daiki-an is even better, and psst, I'll tell you a secret - the lines there are shorter too!
Posted by Nate at 2:04 AM

I am very happy because they can find information about this excellent, This is one of information that has long was I was looking for, I hope you continue to update the latest information more definitely still associated with it, Maybe I'll come back again to visit here to find other interesting information, Thank you so much because you have been willing to share it all, And this course I will inform all my friends to the same'm looking for this information ..