It's hard to get people together these days. Not so much with the social movements and mass gatherings in the 21st century, at least not in Japan. What might bring 200,000 people together in this day and age? A free concert by the biggest band in the land? A political event? Nope, comic books! 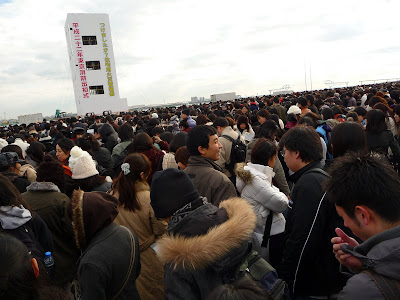 Twice a year every year, all the geeks in Japan descend on the Tokyo Big Site convention center, located on the artificial island of Odaiba to buy all the manga they can in three days. Comic Market, known as Komike for short, is something of a social phenomenon, and quite a scene to behold. I'm not up on the latest cat-eared girl comics or cute boy romance quarterlies, but I wanted to witness Komike once in my life. My pals K and K and I set off with our own geek guide B and joined the jostling mob. 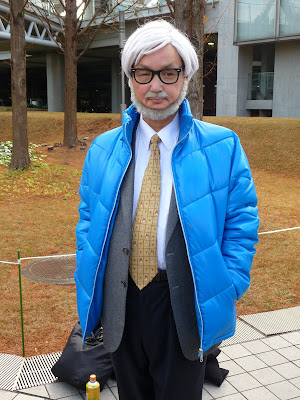 I have much love for manga, but my tastes run to the classics and the crazy, so most of the fun was in gandering at the endless parade of woodwork comer outers. And of course the costume players! My favorite costume (and the only one unscantily clad enough to post on a public blog) was the guy dressed as Miyazaki Hayao, animation director of films like Nausicaa, Princess Mononoke, Totoro, and Spirited Away, the "Walt Disney of Japan." 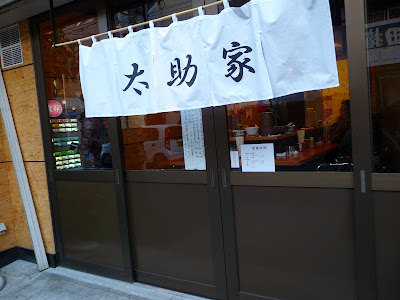 Close contact with 200,000 of your closest friends (most of whom have crazed looks in their eyes as they scramble for the nearest limited edition book) is enough to make anyone hungry, so once we made our escape we headed straight for the nearest bowl. The original plan was Tsukishima Rock, but we were stymied by an unexpected day off, so we skipped around the corner from the Tsukishima subway station to find TASUKIYA. 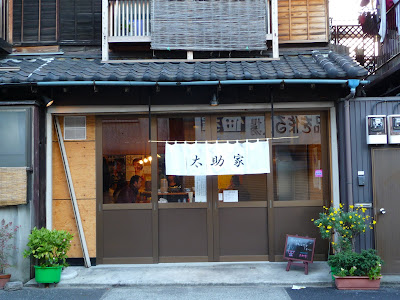 Located on the first floor of an old-fashioned house in this traditional neighborhood of Tokyo, TASUKIYA is actually the shop behind the noodles at the famed FUTO. FUTO, written with the "ta" from TASUKIYA, means "FAT", and is a ramen shop located in the Takadanobaba neighborhood. 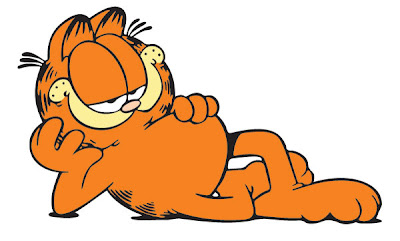 A collaboration between TASUKIYA and the team at the famed Asakusa Kaikarô noodle factory on one hand, and Fukuoka's Gen'ei on the other, FUTO proved so popular that it's gone from temporary installation to regular contender. Don't worry, TASUKIYA's own proprietor packs a few pounds himself! 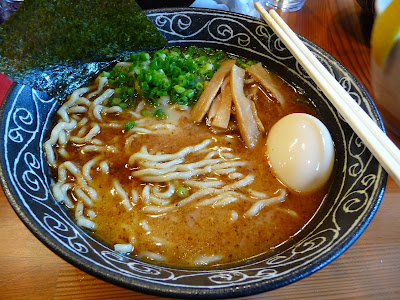 The ramen at TASUKIYA, available in either strong (kotteri) or thin (assari) taste, is a creamy but mild tonkotsu (pork bone) blend, and it goes down smooth. There are some hints of seafood in the broth, and the kotteri ramen comes with an extra layer of fish soup oil and dried bonito skin across the top. Nonetheless, it's not too fishy for the unaccustomed, and there's enough going on in there to be eminently sippable. 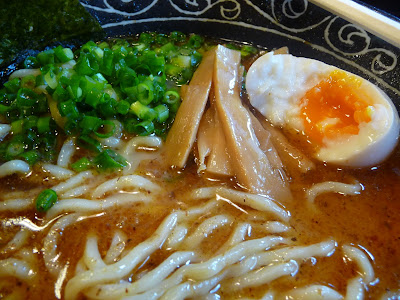 A bowl like TASUKIYA's comes close to the platonic ideal of a new-school bowl of tonkotsu ramen balanced out with shôyu (soy sauce) and fish stock. It doesn't hurt that the egg is that much softier and runnier, the bamboo that much fresher, and the onions that much greener than at most other shops. 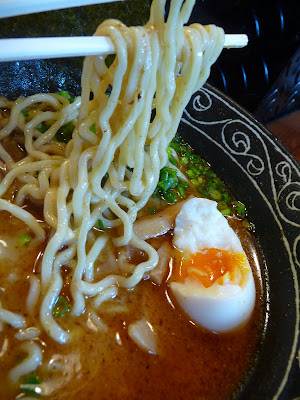 And the noodles, coming from the artisanal Kaikarô factory also located in an older part of riverine old Tokyo, are second to none. I love thick noodles, and these have just the right around of curl, just the right amount of "mochi mochi" chewiness. 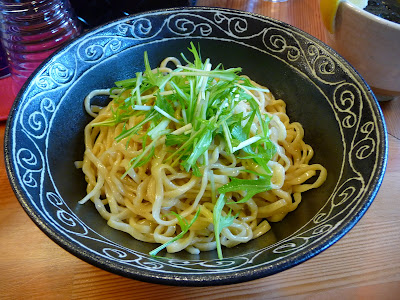 The noodles are also available in tsukemen form, served dry to be dipped. Kaikarô came to prominence by providing the noodles to Rokurinsha, which is generally acknowledged as sitting at the top of the heap of Tokyo tsukemen shops, which is saying something, considering tsukemen's booming popularity at present. 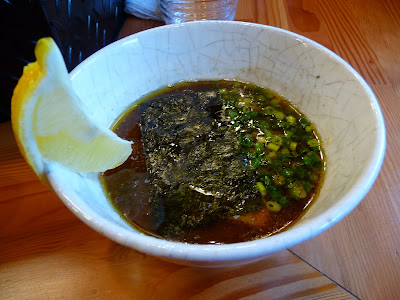 The tsukemen soup for dipping is a bit sweeter, more vinegary, and milder than the ramen, and it goes well with a slice of lemon, just like the Campari and soda I am about to drink. A soup like this can trace it's heritage to the Taishôken tsukemen tradition, but they've twiddled the formula enough to keep it interesting. TASUKIYA is good stuff, so next time you find yourself on this little manmade island in an obscure corner of Tokyo bay, give it a shot!
Posted by Nate at 12:40 AM

Loved the Miyazaki costume. Couldn't have called it, but now that you mention it ...

yeah, im not sure i would have got it either, but a friend nailed the ID. he sure stood out among the mostly bikini girl crowd.