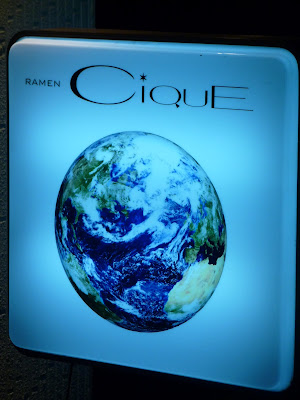 Now here's a shop I don't know a whole lot about. Why not? Because Cique categorically refuses media coverage and doesn't allow magazine features or TV stories. So how do I know about it? A few years back, ramen critic Hantsu Endô wrote a book featuring only just such shops. The book is out of print, and I haven't found a copy, but I did read a blurb mentioning that it featured shops like Cique in Minami-Asagaya. 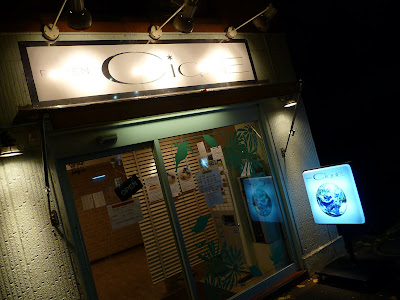 I'm there! Cique isn't in any "cique"-retive location, but found on the north side of the Ôme Kaidô thoroughfare, just across the street from Obama Ramen near the Minami-Asagaya subway station. 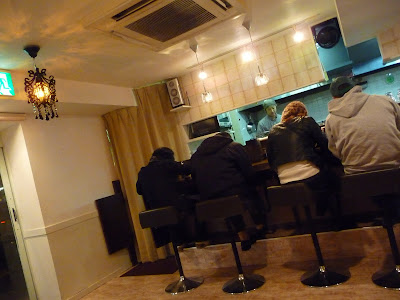 Inside, Cique is chic, falling into one of the category of "ramen shop that doesn't feel like a ramen shop." Fancy cast-iron lamps, marble floor, bossa nova tunes, and plenty of open space, it's at once neighborhood shop and hip destination munch. 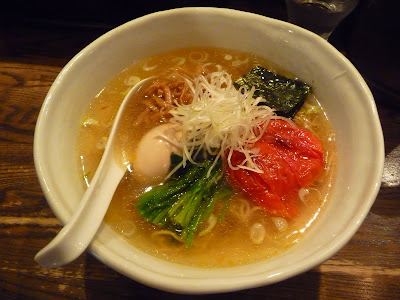 Cique offers both shôyu (soy sauce) and shio (salt) varietals, but I decided to go with the latter. A nice colorful pile of vegetable toppings gives it a healthy look, and at first glance it seems a little bit too much like the by-now-famous shio bowl at Ivan Ramen, right down to the roast tomato. But Cique has (to the best of my knowledge) been around at least as long, and I think it's just two great ramen-addled minds thinking alike. 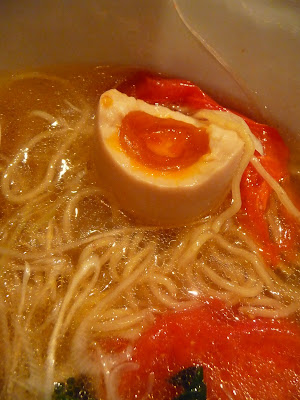 Cique's soup is some of the lightest and most refreshing I've ever tasted. It's probably largely chicken stock, and it manages to avoid any trace of heaviness while at the same time not tasting thin or weak. The egg was top notch, and the tomato, while not up to Ivan standards, was fresh and juicy. 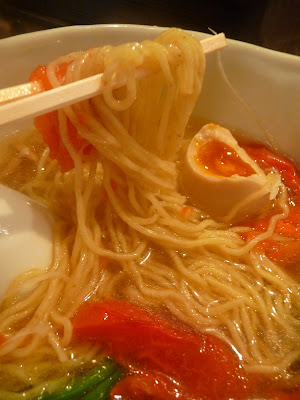 Hmm, even the noodles look a bit like Ivan's, thin and straight, with brown speckles of whole wheat. But again, the overall impression was different enough that I'm withholding any suspicions. I wonder if Cique makes their own noodles the way Ivan does? Just soft enough, these go down easy, and you can grab a different hunk of veggie with each bite. 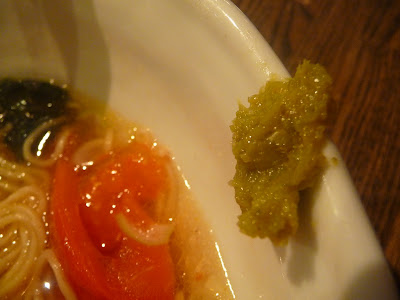 And if "Cique" tastes a bit "weak" for you, you can always dab on a bit of the yuzu koshô (citron pepper paste) provided tableside. I don't know how they make that stuff, but it makes just about anything taste better, and gives the mild soup a bit more tang. A very solid bowl, Cique definitely belongs on the list of tasty new-school shio shops, along with the likes of Ivan, AFURI, and SOU. Oh wait, they don't let anyone put them on lists...but at least they let me snap a few pics! And I found myself still licking my lips ten minutes later - never a bad thing.
Posted by Nate at 11:35 PM