I've been banging down so many bowls of late that I'm way behind in the posting backlog. This one was another shop that Brian and I hit up on one of our weekly ramen dates a little while back Circumstances took us to the vicinity of Tokyo station, right into the belly of the bureaucratic banking beast, so we did a quick magazine check to look for options in the area. "Tokyo Miso Ramen" looked promising, so we set out to search... 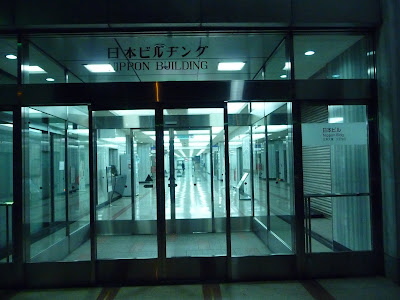 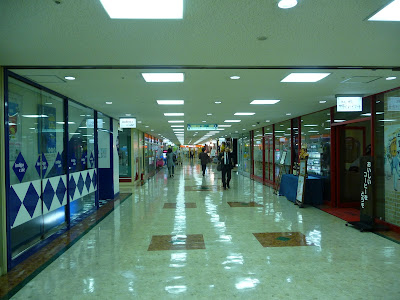 Traipsed through the semi-destitute underground mall with more skepticism... 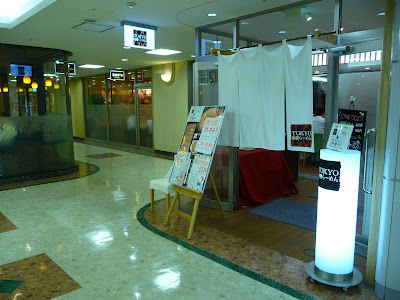 ...and finally found our target on a forlorn corner of a food court aimed at quick business lunches. 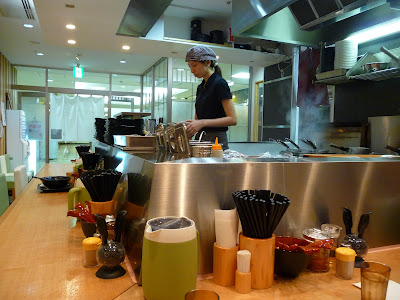 Despite it being dinner time, we were alone in the shop with a single female cook. In a hidden underground location, the only customers are going to be salarymen in the building and chumps like us toting ramen magazines, since there's essentially no chance of passerby foot traffic. 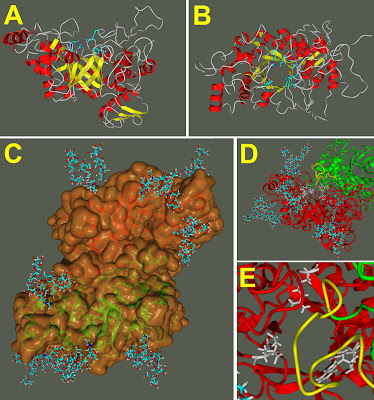 What makes Tokyo Miso Ramen unique is something called Aspergillus Oryzae. Asphinctersayswhat. That most appetizing of words, Aspergillus Oryzae is some kind of bacteria that was apparently one of the most common agents used for the slow fermenting of soybean paste into miso back in the 1700s when Tokyo was still known as Edo. Lots of shops take great pride in their use of domestic wheat flour, domestic pork, domestic vegetables, and other ingredients, but when your gimmick is "domestic bacteria," it's gone a bit far, no? 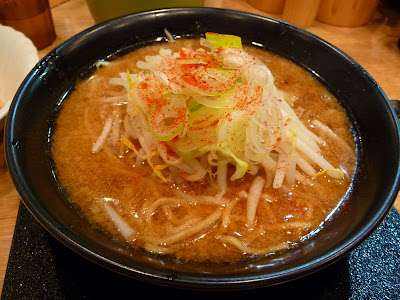 Regardless of the bacteria, what comes out is, well, a pretty basic bowl of miso ramen. Thinnish soup, cheap looking onions and bean sprouts, and more or less what you'd expect at any neighborhood joint. 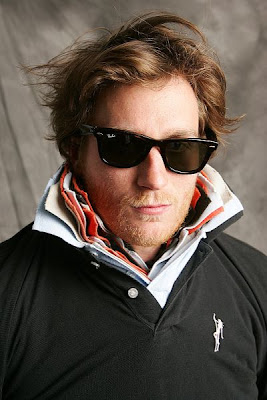 But you've only seen the half of it. This isn't your average miso ramen. This miso ramen is "high collar." 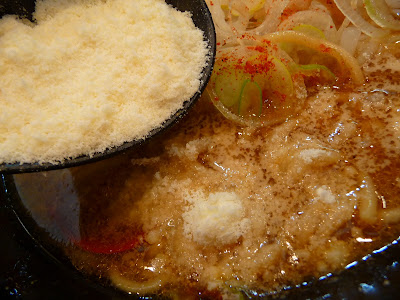 "High collar" is a Japanese-English term for "classy" that dates back to the 19th century, indicating a fancy western quality to one's bearing during the heady days of Meiji modernization. In miso ramen terms however, it means a generous helping of parmesan cheese. Duh. I actually always thought that "Hai karaa" meant "high calorie" which I guess makes sense in this context. 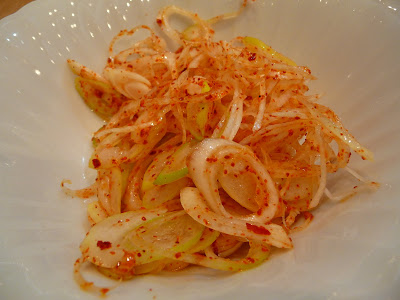 I also got a side of extra spicy onions to toss on top, and the richness of the cheese and the chili helped a bit, but in the end they couldn't disguise the fact that this was still, well, a pretty basic bowl of miso ramen. "It just doesn't have any punch to it," Brian noted, and I agreed. Maybe there was a reason for the fall of the Aspergillus Oryzae fermentation regime in favor of more modern methods? 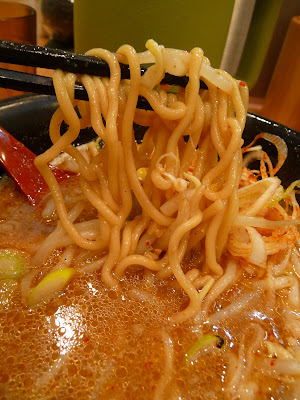 Nothing about the bowl was bad, it just wasn't the kind of ramen worth the traipse. The noodles were thick, chewy, and slightly above average, but in the end a ramen's lifeblood is it's soup, which was lacking at Tokyo Miso Ramen. 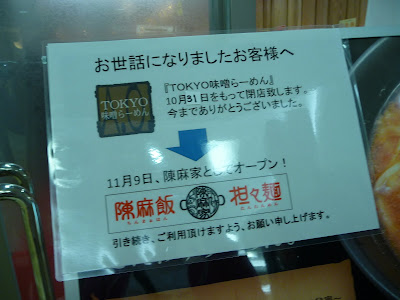 When we left we realized that there was another reason why there were so few customers - it was the shop's last day open. By the time you've read this, Tokyo Miso Ramen is long gone, replaced by a branch of the tantanmen and tofu chain Chinmaya, which to be honest, is probably a step up. It was interesting to see a shop in it's final throes like this, since a barely noticed shuttering only months after opening is probably a more common phenomenon than most would like to admit. Shops like Kururi set the bar for high end miso, and imitators are bound to follow, but most will never match the true innovators, fancy old fashioned bacteria or not. Shops like Tokyo Miso also serve as a warning not just to the fickleness of trends, but also as a sign to take every glossy gushing magazine review with a grain of salt.
Posted by Nate at 4:38 AM

Hi, I've found your reviews helpful so I thought I'd tip you off to this place that's only open until the end of December at the intersection of 明治道り and 早稲田道り in the Waseda area: 太麺堂. They have only one item on the menu, and it's either 800円 or 650円 if you write a comment on a piece of paper using the character 太.

Chris - thanks for the tip! glad you like the blog. anywhere else you've gone and especially liked around the city? i just went to Futo a few days back, it was truly excellent, thanks! look for the write up in the next day or so.

Yesterday I had lunch at らーめん七福家 where I eat lunch from time to time. I like it - have you had it? It's not exceptional, but a good, convenient spot for me. I'll check out your review of 太麺堂!

Thank you very much because you have always shared many new things to us
I am very happy because I can get articles that are very weighty contents
Maybe I will come back to your site. Greetings :)

Webroot antivirus is a useful application for any digital devices like Windows or Mac and as well Android, IOS which device you are using right now. If any user wants to complaint about Webroot antivirus due to some issue which are not getting solved by them so once you can call on Webroot Customer Support Phone Number, after Webroot Support will help you to solve out your problems related to Webroot antivirus software.