Another fun night in Asagaya, another rad bowl of ramen. My buddy K knows how to make 'em happen. 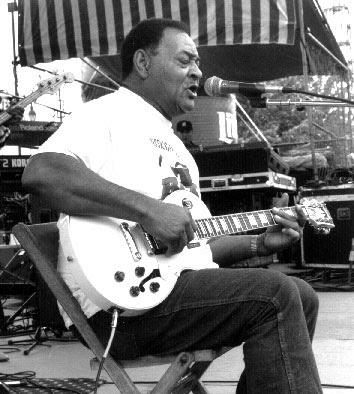 That night, K was appearing as his alterego of Junior Ken, wherein he takes the stage as a wisecracking one-man band and serenades the room with heavy blues drone. Beer and R.L. Burnside covers have been known to go together, but did you know that the third part of the trifecta is hot ramen? 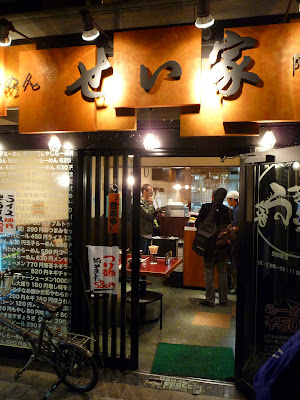 Last time K and I had got our gruzzle on in Asagaya, he had taken me to the excellent Kôkaiya, but this time around we faced repeated stymies before finally finding a shop open on a fine Sunday evening. In the end, the post-concert crew settled on Seiya, a Yokohama-style ie-kei joint in the shopping arcade just south of Asagaya station. 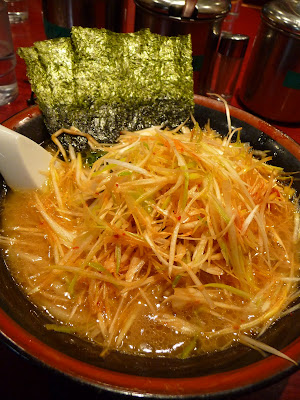 Ie-kei ramen is nothing like a box of chocolates - you always know exactly what you're going to get. Salty tonkotsu shôyu (pork bone and soy sauce) soup with three sheets of seaweed, a grip of stewed spinach, adjustable levels of oil, soup strength, and noodle firmness. It's the open source ramen par excellence. I gave my bowl an extra tweak with an extremely generous helping of spicy sliced onions, which began with a pleasant crunch then slowly dissolved into the soup, changing the taste and texture with each bite. 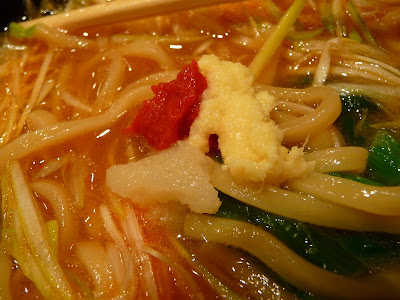 Then of course, no bowl of ie-kei ramen would be complete without a few dabs of the mandatory tableside toppings of minced garlic, ginger, and Korean style spicy miso paste. This is definitely good stuff after a few beers - good enough that my buddy A, who is a bit of a ramen hater, declared this the best bowl he'd ever eaten. 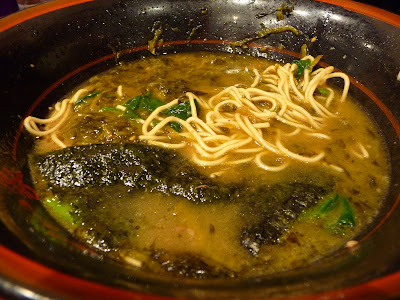 A few of us ordered takana (mustard greens) on top, which were tasty, but left the soup as an almost green sludge that by the dregs was almost too salty to eat. But like I said, this is ramen for after a few beers. 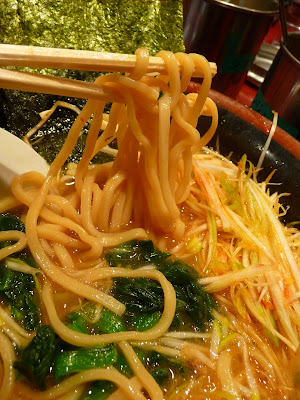 You've got the choice between thick and thin noodles, which is somewhat unusual. I went with the standard thick, which were excellently chewy and stood up well to the soup. 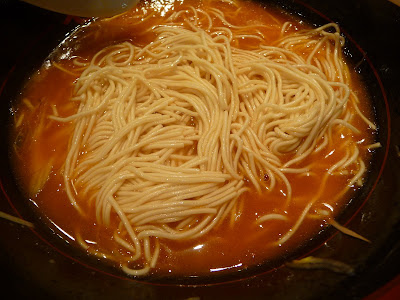 But I mixed it up with the thin when I slurped down an ill-advised second helping that left me holding my belly with fullosity. Seiya's ramen manages to avoid the oversaltiness that often plagues ie-kei ramen (such as at Butôya), and I'd rank it in the upper echelons of ramen in this mode that I've eaten. Consider the fact that a basic bowl clocks in at an eminently reasonable 500 yen and you've got a real solid shop.
Posted by Nate at 9:02 PM