There are three more ramen museum bowl reports a-comin', but until then I thought I'd drop a bit of knowledge. I mean, we are at the ramen museum right? The lion's share of the building is more, shall we say, experiential than educational, but the second floor houses a pretty great chronology of ramen history from the 17th century until the present. I've summarized the museum's exegesis of more than you've ever wanted to know about noodles and thrown in some comments of my own. If you want to really love ramen you have to use your own noodle! 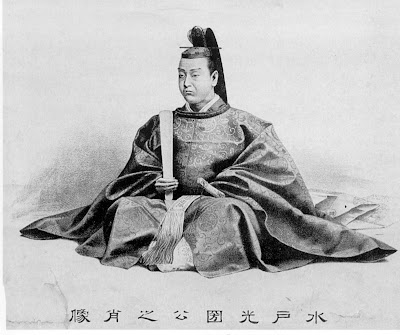 Before the dawn...of ramen. The first ramen in Japan is said to have be eaten in 1665 by Tokugawa Mitsukuni, the daimyo (ruler) of the Mito domain. The dish was prepared by a Chinese chef in Mitsukuni's employ, and allegedly the soup was made with salt cured ham, so you could say that the original ramen flavor was actually shio (salt)! The soup was said to have been flavored with Chinese five spice, and the toppings were chosen for their balance of traditional healing properties. There's still a place out in the burbs somewhere that claims to have inherited the secrets of the original ramen from the descendents of the Mito cooks. 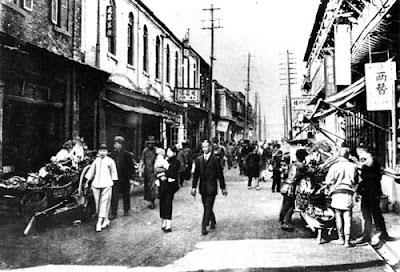 Fast forward a few hundred years - when the port of Yokohama was opened in 1859 (along with Hakodate and Nagasaki), lots of Chinese immigrants arrived and began opening restaurants, setting up Nanking Town (now known as Yokohama Chinatown). The first newspaper ad for Chinese noodles ran in 1884 - who knew that 120 some years later there would be dozens of ramen mags on the shelves of every bookstore! The ramen served was most commonly known as Nanking Soba when sold in Yokohama, but in 1906 "Shina Soba" (Chinese soba) hit the big time within the capital precincts, marking the first bona fide ramen boom. 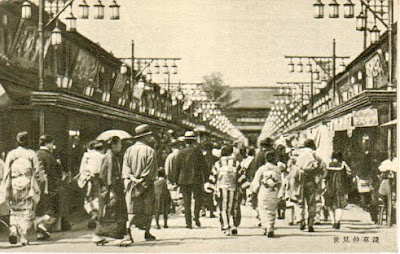 One of the big dates to remember is 1910, when Rairai-ken opened in Asakusa - it was the first non-roadside stand (yatai) ramen shop as such. Asakusa was the spot for the introduction of new culture and technology at the time (and would later become site of the first movie theater, as well as the first subway and first elevator), so it's a fitting locale. Incidentally, one of the better ramen spots in New York takes its name from this original shop. On good days the original Rairai-ken is said to have served up to a whopping 3000 bowls a day! 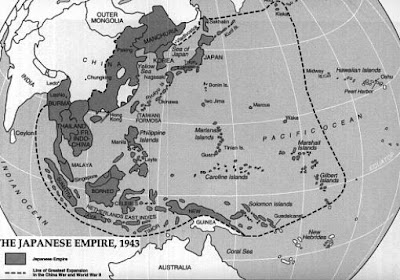 Ramen shops began slowly opening all over the country - "City of Ramen" Sapporo got its first shop in 1923, though it served straightforward shôyu (soy sauce broth), rather than the rich miso it's known for today. Reknowned ramen town Kitakata popped its noodle cherry (as it were) a few years later in 1925. The popular summer dish of hiyashi chûka (cold chinese noodles) showed up in Sendai ten years later, in 1935. 1937 is another important year, as the southern island of Kyushu got its first shop, just as the Japanese war in China was intensifying - famous shop Nanking Senryô began dishing out bowls just as the Nanking massacre was taking place. Actually, Nanking Senryô is still dishing out bowls, and is one of the few ramen stalls never to have opened a brick and mortar shop. I guess I'll have to seek out that stall on my next trip down south! 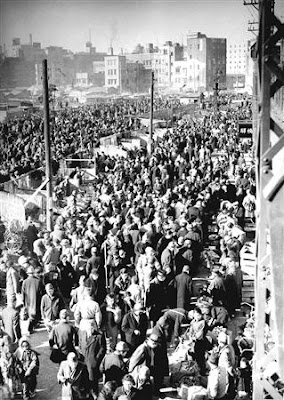 The same year saw the beginning of Binbôken (House of Poverty), later known as Hôpu-ken (House of Hope), a symbolic nod to the domestic hardship of wartime shortages. Ramen history takes a bit of a pause for the next eight or so years, as did daily life in general, as Asia was consumed by total war. As soon as the curtain fell on the Japanese Empire in 1945, ramen shops begin sprouting up like mushrooms (or maybe bamboo shoots), situating themselves in the ubiquitous postwar black markets. In those first lean years after the war, a bit of hot soup went a long way - Asahikawa ramen was born with Hachiya, Ogikubo ramen took root, and creamy tonkotsu (pork marrow) as we know it was born in Kurume - allegedly a cook boiled the soup too long then realized that his "mistake" tasted even better than the soup he set out to make! 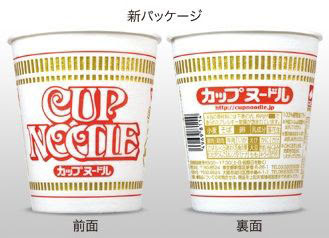 In 1955, "God of Ramen" Yamagishi Kazuo invented tsukemen (dipping noodles), and then in 1958, the year in which the museum is set (see last post), Andô Momofuku develops instant ramen, changing the lives of future college students and stoners everywhere. Yes, these years, the 3rd decade of the reign of the Showa emperor, were the time when the famous shops and styles of today were born. In 1960, Sapporo miso ramen as we know it was developed by Aji no Sanpei, but it took another four years for someone to figure out that everything is better with butter. 1971 was another key date, when the first Cup o' Noodles went on sale. The future lives of college students and stoners everywhere were revolutionized again. 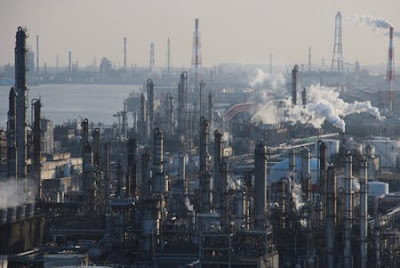 As the 1970s drew on into the 1980s, people began craving thicker and stronger taste in their ramen, perhaps to celebrate the rich, fat years of extended economic expansion. Kyoto ramen staple Tenka Ippin opened its doors in 1971, and Yokohama ie-kei originator Yoshimura-ya started dishing in 1974. The early 1980s were marked by the next big ramen boom, when thick Kyushu-style tonkotsu (pork marrow soup) caught on in Tokyo; until this time most local regional styles remained just that. 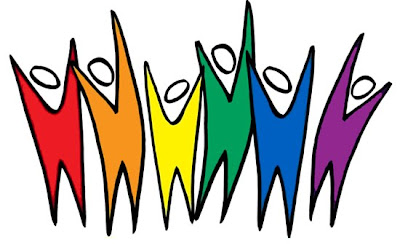 The museum marks the era from the 1990s to the present as the "great age of ramen variety," an era when "the success of ramen is decided through its individuality". The economic bubble had burst, and malaise had settled in. The social movements of the postwar period no longer congealed, and it was each man and each bowl for itself. In the neoliberal present we've entered a great age of freedom, variety, and choice - all styles are available, and a new gimmick hits the streets every day, buy still we long for those golden years of the noodle - hence the existence of the museum. There's no longer any need to travel to far flung provinces to eat at famous shops - they come right to you, neatly reproduced and packaged in instant form, sold 24-7 at your local convenience store. 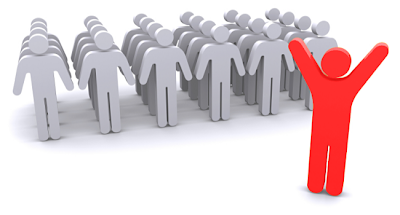 In this present glut of new openings, each shop tries desperately to stand out from the others, focusing on even crazier ingredients, even more fashionable diningware. The trends of the 2000s include the development of the still popular "W" soup, that is to say, the rich blend of strong fish broth with milky liquid pork, as well as the elevation of shio (salt) ramen from an obscure second-string style to a high-end soup ripe for refined palettes. Even more local styles begin appearing in Tokyo, and it's now possible to eat ramen from almost any prefecture without leaving the metropolis. This is by no means a bad thing. 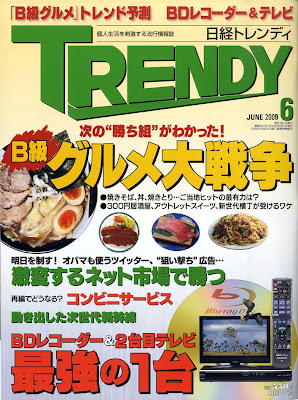 Ramen is no longer just a popular plebian food, but has become a genre unto itself, constituting gourmet subgenres, theme parks, and all the rest of the stuff that makes the ramen world so interesting to follow. Curry ramen, tsukemen, soupless noodles, Jirô imitators - the trends keep on coming with increasingly rapid speed. This year was allegedly the year of the miso, and the critics are calling the coming year "the sardine soup pandemic," whatever that means. Maybe its a swine flu thing? It's an exciting time, but it also makes one wonder when it will ever end - can the succession of trends ever get to a point where the whole process just implodes? Only time will tell. Until then, know your history and keep on slurping!
Posted by Nate at 11:49 PM

Damn, that was almost too much for my ramen soaked brain to handle. I gotta go back to this museum! The time I went, years and years ago, I didn't speak a lick of the language, and thus went uneducated... until now!

Enlightening -- until now, the closest I've gotten to ramen in Japan was the movie "Tampopo."

@brian - we gotta plan another trip out there sometime soon so i can get my moneys worth out of this three month pass!

@ellen - glad you learned something. good to know at least one person is reading all the way through my exegeses!

How to make money from betting on football - Work Tomake Money
If you're having problems finding a winning bet online ventureberg.com/ for the febcasino day of หารายได้เสริม your choosing, then there are plenty https://septcasino.com/review/merit-casino/ of gri-go.com opportunities available right here.