I cursed a blue streak when I first laid eyes on Stamina Ramen Kuramoto. I thought I had located every last ramen shop in the Waseda vicinity, but here was another one, right under my nose on Shin-Mejiro-dôri avenue, right behind campus. I've noted before the Sisyphiosity of my task, how new shops seem to pop up every time I check another off the list. 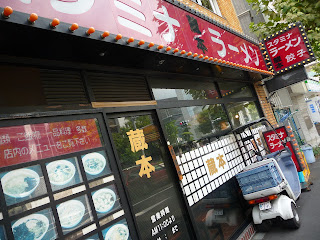 I'm always excited to give a newly opened shop a try, but Kuramoto seemed to have been languishing on it's forlorn block for a decade or more, ignored by my eye, as well as the public at large. 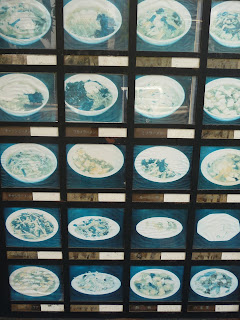 The dusty, faded, colorless menu photos pasted out front looked like a forgotten criminal line up, which is to say, less than appetizing. I shrugged and walked in - you never know when you'll find a pleasant surprise at a musty shop like Kuramoto, and after lunch I'd be one bowl closer to my goal. 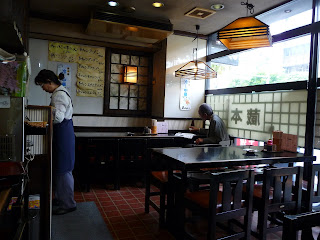 Inside, the shop didn't seem as sad as I had feared, with dark wood furniture and dim lamps giving off a bit of a vintage cafe vibe. A few older men flipped through the newspaper as a stillness descended, broken only by the occasional shuffling of the older couple holding down the fort. It took me some deal of deliberation to decide upon my dish for the day, since Kuramoto is the kind of shop that will toss just about anything you please onto your bowl. There's a long menu of Japanese-Chinese staples like eggplant pan-fried with pork and miso, or stir-fried green peppers tossed with vinegared pig parts, all of which can be laid atop your noodles for a small surcharge. 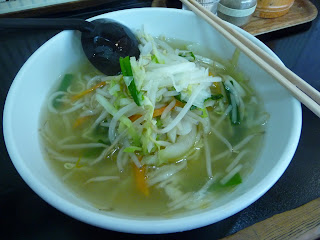 In the end, I settled on the tanmen, thin noodles in a whitish salty soup topped with mounds of boiled veggies. Though it's nice to get some roughage via the cabbage, carrots, onions, and sprouts, the soup was a bit bland, a far cry from the rich, deep lamb-based broth of the tanmen served at the nearby Inaho. 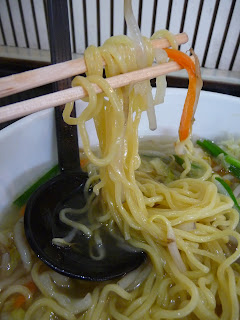 The noodles were passable, but nothing special, essentially your basic medium thin, medium curly medium yellow stapes, again falling short of Inaho's stretchy thin strands. Kuramoto is the type of shop that serves every kind of ramen, but none of them particularly notably. If it was the only place around it would scratch the itch in a pinch, and I'm sure it's well liked by it's local regulars, but there's not really any reason to go here with so many other options abounding.
Posted by Nate at 1:35 AM