A couple days ago, my buddy S sent me a text - "Junren tonight?" I don't take too many trips back to shops I've already visited (there are still so many to go!), but it took no convincing whatsoever to get me back to Junren, home of the best miso ramen I've ever tasted in my ding dang old life on this earth. S had been drooling about Junren for months, so it was time to bite the bullet/noodle. Since this is a revisit, I'm gonna keep it short - for the full steez on Junren, see the old post. We got lucky and managed to snag the last two seats in the house; Junren allllways has a line and as soon as we sat down, it started snaking out the door. This is a line worth waiting in, though. 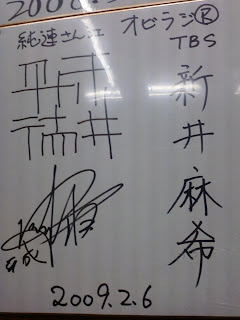 While I was punching the ticket machine, S yelled over, "Dude, this is amazing! Check it out!" Right near our seats was the signature of a certain Arai Maki, TV sports announcer and pal of ours from college. Lots of ramen shops keep celebrity or TV personality signatures up on the wall, but this was the first time I'd actually see one from someone I know personally. 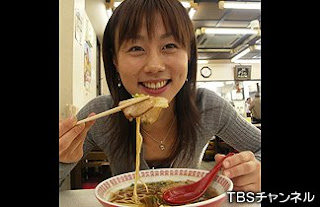 Maki is a bad ass soccer player, punk fan, and ramen lover, and I guess she even appeared in a couple episodes of a TV show where she traveled the country searching for best bowls. Junren certainly deserves to make the list, and we sent her a text message to let her know we were chowing down under her signature. 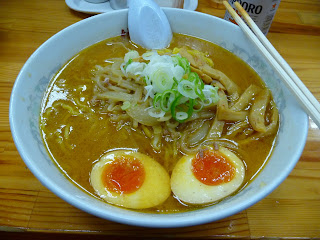 Junren offers several types of ramen, but considering that it's the sister shop of Sumire, widely regarded as king of Sapporo miso ramen, miso is really the only option. Last time I had got the spicy miso, so this time I went with the standard. One sip reminded me all over again just how amazing Junren is - thick, rich, ever-so-sweet, and packed with dozens of different spices and miso blends. And then there's the secret weapon of fragrant ginger that permeates the shop's air, making waiting customers salivate. A broth like Junren's makes every other miso seem like a cheap joke. Be careful though, since the thin layer of oil on top keeps the soup piping hot; if you burn your tongue, you can always cool it down with a nice cold can of (what else?) Sapporo beer. And don't forget to dust on some black sesame salt on top. 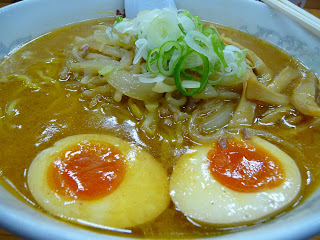 Every other element of Junren's bowl is as excellent as the broth. The yolk of the soft-boiled egg is gooey and orange, the menma (bamboo) is fresh and succulent, and the bean sprouts and thick sliced white onions have been wok'ed together with the soup in the classic miso tradition to make them extra tender. The spicy miso I ate last time has naganegi (leek-like "long onions"), but I think I prefer the sweet and tangy white onions. With the spicy bowl, I felt the soup was so strong that it nearly overwhelmed the senses, but the original miso is perfectly balanced and I can't imagine ever getting sick of it. 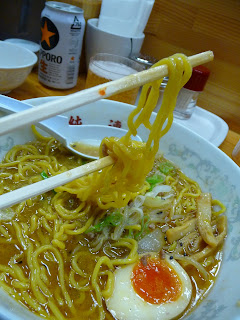 The noodles are of course curly, medium-thick and yellow in old-school Sapporo style, and, despite the steaming hot soup and the large portion, they stay chewy and al dente to the end, never getting soft. Junren clocks in a bit more expensive than most shops around, at 850 for a basic bowl, but it is well worth it. The portion is large and you can't put a price on a soup this heavenly. This visit fixes it - I'm officially giving Junren my highest recommendation and deeming it one of the best ramen shops in Tokyo.
Posted by Nate at 8:21 AM

Forget Brian! The next time we meet, I think you should bring Maki. hahahah (j/k Brian...you can come too)