I had been looking forward to this one for a long time. When I drafted up my Tokyo-area ramen hitlist (which isn't getting any shorter, folks) a few months back, Nantsuttei was one of the first shops I jotted down. Their creamy and porky Kumamoto-style ramen won the "Ramen Cup" at the "Ramen Grand Prix 2003" and was placed in Tokyo Weeky's "Ramen of the Year" competition in 2004 and 2005. As a Kyushu-style tonkotsu (pork marrow) soup loving-man, I had high hopes for Nantsuttei. 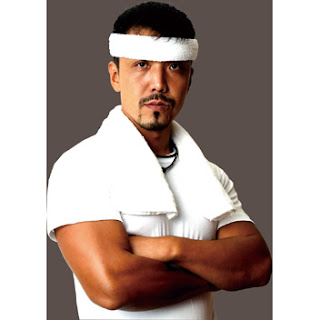 It's impossible to talk about Nantsuttei without talking about its founder Furuya Ichirô, who places in the top ranks of celebrity ramen cooks. Homeboy knows how to market himself, and appears on TV, writes a blog, runs seminars, and is engaged in all kinds of other self-promotional activities that, as with any good celebrity chef, keep him largely out of the kitchen. Star though he may be, Furuya comes from humble origins, and was born the son of a local restaurant owner in a town in rural Kanagawa prefecture, an hour or two outside of Tokyo. As he describes in his rather comical flash video narrative of his life story, a peaceful childhood soon gave way to... 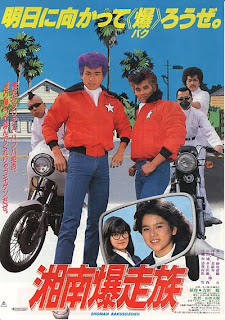 Life as a bôsôzoku motorcycle punk! Kanagawa prefecture in the 80s was the bôsôzoku ("violent running tribe") mecca thanks to the manga and film Shônan Bôsôzoku. He lived the bad boy lifestyle for 7 years before getting his shit together and making a run at life as a professional pachinko player. Wait no, that didn't work out. He just sat around watching TV until one day he heard an old ramen chef say that "It takes heart and balls to make a good bowl of ramen." Furuya was sold and set off on a bildungsromanesque journey to the southern island of Kyushu, home of the heartiest, soulfulest, and porkiest ramen in Japan. Furuya made his way through Hakata, Kurume, and Kagoshima, before finally arriving in Kumamoto, where he found the ramen he'd been looking for. 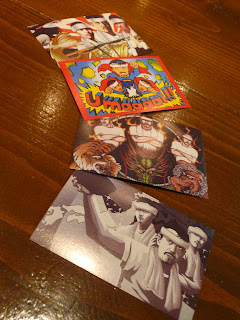 Furuya describes showing up at the same shop every day, eating a bowl and begging the old man behind the counter to let him work for free. Eventually the master caved and put him to work, but never taught Furuya his secret recipe, which is probably why Furuya leaves the shop anonymous rather than give a shout out to his teacher. In any case, Furuya decided to fly by the seat of his balls again, going on pure taste and figuring out the ramen that he wanted to make before returning to the Tokyo area and opening his first shop in 1997. Unfortunately, that first shop was terrible by his own admission, and he took time off to perfect the broth before opening Nantsuttei (which translates roughly to "Whatchoo talkin' bout?!") in 1998. The rest is (recent) history. I gotta say, after watching Furuya on TV, I thought he seemed like a real asshole, but the frankness he tells his life story with endeared me to him a bit - not many cooks give such a detailed description of the emotional ups and down of opening one's own shop. But then again, most ramen cooks didn't spend 7 years in a biker gang. 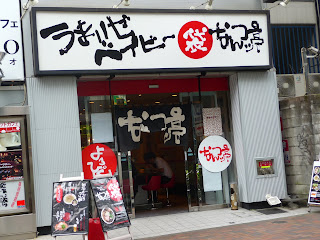 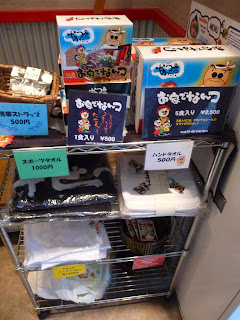 Naturally, there are also plenty of Nantsuttei and Furuya-related goods (Nantsuttei the towel! Nantsuttei the T-shirt! Moichandizing!), as well as goofy cartoon renderings of the master's visage popping up in nearly every corner. 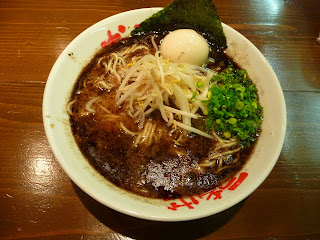 We both got the basic ramen with egg, but Nantsuttei also offers a spicy tanmen with ground pork, and, in another nod to popular taste, a blended fish tsukemen (dipping noodle) option - you know the stuff is booming when even Kyushu-style tonkotsu joints are serving it! 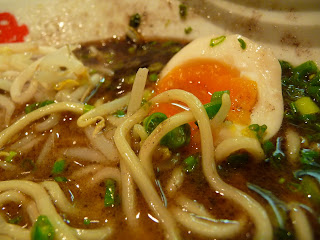 But take a look - the secret to Nantsuttei's soup lies in that layer of black oil, mâyû, which is made by burning garlic in sesame oil. Mâyû is one of (if not thee) key component that sets apart Kumamoto-style ramen from its kissing cousins elsewhere in Kyushu, and a good bowl depends on it. Nantsuttei's is tasty and flavorful without being pungent, and has an almost 'high-class' taste to it, not unlike the special oil at Ippûdô. Compared to classic old-school Kumamoto ramen joints like Keika, or Higo Noren, Nantsuttei isn't nearly as "rustic" or raw tasting, and goes out of its way to advertise how NOT smelly the pork broth is. Rather than a pure pork broth, Nantsuttei also uses plenty of chicken, which comes through quite strongly, balancing out a tasty, creamy bowl. 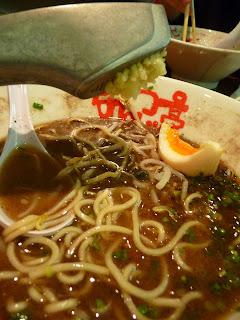 Nantsuttei never explicitly advertises itself as Kumamoto ramen as such, but rather as it's own unique style, and thus is also lacking the traditional weird pickled veggies Kumamoto ramen usually features, instead replacing them with standard bean sprouts. This ain't Hakata-style, so don't expect to find any tableside ginger or spicy mustard greens (takana); you can, however, request a fresh garlic press - I'm surprised it's not out already, since as with most Kyushu ramen, a clove's worth really ties the bowl together. 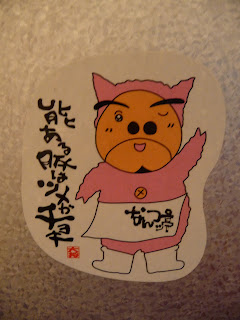 The noodles, which are specially made just for the shop, are (of course) thin, straight and white, but are just a bit thicker than most other Kyushu-area noodles, which is also a Kumamoto tradition. I would have liked them to be just a wee bit firmer - they never got soft, but I like my Kyushu ramen noodles to have a bit more pull and sproing. Other than that, however, I do not have a whole lot of complaints about Nantsuttei. I came in with high hopes, and they were more or less met. Brian and I both slurped it down with glee, finding (surprise!) yet another picture of Furuya's smiling face at the bottom of the bowl. He's one wild and crazy guy, but he (or at least his cooking staff) make a mean bowl!
Posted by Nate at 10:17 AM

I'm guessing this place must be close to Ichiran, north ikebukuro. I'd like to check this place out, it looks good.

Yeah, there's one in shinagawa as well, on the shinatatsu ramen road near the station. good stuff. i'm not a fan of ichiran though...

I enjoyed reading this a lot!! And learned so much about Nantsuttei all thanks to you~! ^^

Nantsuttei recently opened in Singapore, and I'm loving it!!! ^^