It's the end of the year, so I thought I'd take a moment to think about the state of ramen both in my hood and in Tokyo in general. A couple of days ago, I popped into a convenience store and found that the new 2009 edition of my ramen guide (Shuto Kenpan's Ultimate Ramen 究極のラーメン）had hit the stands. I took a brief flip through, but there wasn't really anything new enough in the 'Baba listings to justify the 8 dollar cover price; a few additions (notably the appearance of Kitarô), a few subtractions, but nothing I hadn't already noted myself. The magazine comes with a set of free chopsticks, which is kind of an asinine promotion - who brings their own chopsticks to a ramen shop?

Nonetheless, the awards and news were well worth a browse, as they clearly use a different set of criteria from Ramen Database Supleks to select their top shops - while Supleks is often top-heavy with gyôkai (blended fish broth) soups like Kissô, Rokurinsha, and TETSU, the new Ultimate Ramen seems to follow different trends, and is perhaps a bit more populist. Their top five (based on taste, length of line, and something else I forget) was as follows:

1.Nantsuttei（なんつッ亭） - a Hakata style shop notable for it's slathering of mâyû (burnt garlic oil); has its own instant ramen line and a celebrity cook that's also a TV personality.

2.Kujira-ken （くじら軒） - a "Shina-soba" (Chinese soba) shop that has been nationally famous for almost 20 years. Old school thin shôyû broth with naruto and thin noodles. They've also got their own instant ramen line.

3.Ramen Jirô Takadanobaba （ラーメン次郎高田馬場) - I feel proud as a 'Baba-based ramen man that of all the dozens of Jirô's spanning from Mita to Ibaraki, my home branch made the list. Naturally, Jirô@Baba dishes up heaping hunks of noodles and pork in greasy-as-fuck broth. I guess this Jirô's hunks are that much bigger and the soup is that much greasy-as-fucker. See the old post.

4.Ichiran（一蘭） - Large-scale chain Hakata style ramen with fully customizable soup and noodles. The defining features are the cubicles to eat in and the lack of any human interaction. Frankly, Ichiran's popularity totally baffles me. See the old post where I call Ichiran's bowl a bowl of ramen that I would not recommend to anyone.

5.Gogyô（五行） - I don't think they specified which branch of this high-end ramen dining mini-chain was at the top. Gogyô serves all styles as well as a full food and liquor menu in an upscale atmosphere. The big draw is the burnt miso "black ramen," which I found to rock, hard. See the old review. 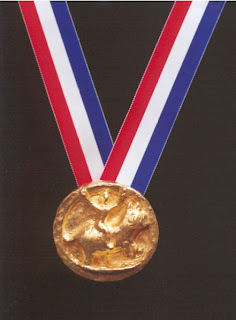 So, for what it's worth, these are one ramen magazine's top 5 overall shops for 2008. Interestingly, all of them are chains, at least to some degree. Ironically, although Jirô has perhaps the most shops around Tokyo, the Jirô here is the most independent of the five, since Jirô shops are free-standing institutions following the same lineage to the Mita shop. It's surprising to me that a magazine wouldn't include a single independent or individual shop in it's top 5 list - Gogyô is part of the Ippûdô empire, Ichiran is a major chain, Jirô is world famous, and Kujira-ken and Nantsuttei are both known nationwide, at least through their instant noodles. This strikes me as a somewhat safe list, perhaps even pandering a little bit. I'm not saying that I wish the top five was loaded with the currently red-hot gyôkai fish soups, but I'm surprised it's not a little "deeper," although Supleks Database and other ramen-world favorites like TETSU, Rokurinsha, and Ramen Ivan get special notation further down the list. Sou got the tip of the top hat for "fashionable ramen for women," with AFURI coming in third.

I think this points towards a larger ramen world trend towards popularization and a wider audience. Another sign in this direction is the renaming of one of the main ramen periodicals - Since arriving in Tokyo a few months ago, I had been searching bookstores up and down for the main ramen monthly Gekkan Torasan (月刊とらさん), but to no avail. A couple days ago I figured out why - beginning in October, the company that publishes Torasan discontinued the magazine under that moniker and created the new magazine Ramen Bank （ラーメンバンク）. The name change can't but strike me as symbolic - Torasan takes it's name from the iconic popular hero of the post-war era, portrayed by Atsumi Kiyoshi in the 48 films of the "Otoko wa tsurai yo" (It's Tough to be a Man) series spanning across four decades: 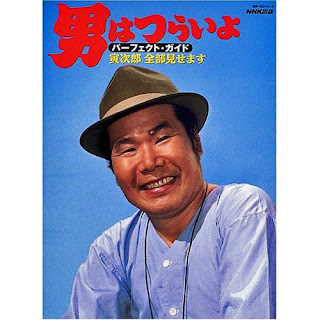 There's a lot about Tora-san that makes him a great namesake for a ramen magazine - he spends his life traveling around the country, a wandering man spending a little time here, a little time there, just like a ramen fan always in search of the next great bowl. He's an old school guy of the type they don't make anymore, hailing from the "low city" of Shibamata in far northeast Tokyo and proud of it. Crass and bumbling but always smiling and lovable, Tora-san is an icon and a fittingly symbolic figure. What are old fashioned ramen shops if not a bit dirty and scrummy but wonderful and homey? The fact that Tora-san is a masculine figure to the end probably shouldn't be ignored either.

For better or worse, the days of ramen shops as the havens of Tora-san types are ending. People from all walks of life enjoy ramen of all sizes and shapes in all kinds of shops and neighborhoods, sipping on soups made of things like blended citron broth and Himalayan rock salt. I can't even imagine the kind of bull in a china shop situation Tora-san would probably find himself in if he pulled up a cushioned seat at Gogyô, which he most certainly wouldn't recognize as a ramen shop.

This isn't necessarily a bad thing by any means - I don't wish we could go back to some imagined Tokyo of the past where ramen shops were nothing but places for old men to sip thin shôyû soup between beers. On the contrary, it's precisely this proliferation of different tastes, styles, and concepts that make noodling across Tokyo so interesting and so much fun. Nonetheless, I hope that as ramen continues its rise it doesn't forget its roots, and that the aforementioned shôyû and shôchû under the tracks type places don't go the way of the dinosaur. 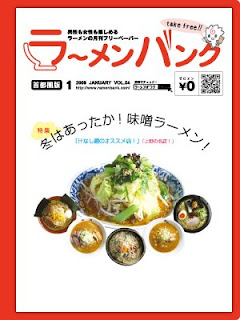 The new magazine "Ramen Bank" seems like a pretty nice little periodical - it's available for free download as a PDF online at www.ramenbank.com . Each issue has a central focus highlighting a particular kind of shop, as well as a number of regular monthly features. So far there have been specials on "Spicy Tantanmen," "Luxurious Ramen," and the inaugural issue on "Shops Easy for Women to Enter," which is an interesting choice for a leadoff story. Other regular features include overviews of particular neighborhoods, interviews with famous ramen figures (like tsukemen godfather Yamagishi Kazuo), job listings and so forth.

Two segments that stand out as representative of the new ramen world are a regular comic featuring a woman with no ramen experience asked to become a ramen specialist for her journalist job, and a series on date-appropriate ramen shops near popular couples hangouts. There's also a cute little naruto-shaped mascot - definitely an image makeover. The mag has good information, fun interviews and articles, and Ramen Bank will no doubt be a good way to continue to follow the pulse of the Tokyo scene.

Getting back to 'Baba, there's some local news as well - walking down the street the other day, I found Shichifukujin shuttered with a notice thanking customers for their patronage and stating that the shop would not be reopening in the new year. Although I only ate there once, Shichifukujin showed me how good shôyû ramen can be, and I'm sorry to see it go. Down the block, Garasha had a notice up that the cook had injured himself and that the shop would be closed for a while - hopefully it reopens again in the new year, since it's high on my list of local bowls to try. In other news, a vacant storefront on Waseda-dôri was displaying a poster announcing the opening of a new miso specialty shop and looking for employees. Including Shichifukujin, there are a couple other vacant ex-ramen shop storefronts, so we may see a few new challengers in 2009. 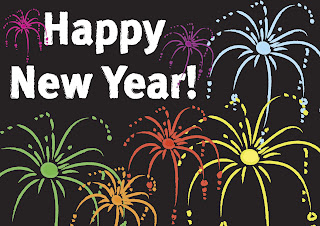 To end, my new wishes for the new year - five Tokyo shops I'm hoping to try in 2009, in no particular order:

1.Ramen Jirô Mita Honten（ラーメン次郎三田本店） - I can't call myself a true ramen fan without making a pilgrimage here at least once.

3.Rokurinsha（六厘舎） - I've gotta check it out to see what the fuss is about.

4.Menya Kissô（麺屋吉左右） - Same reason as number 3; gyôkai fish broth or not, any place that continually ranks this high must be worth a shot.

5.Hakata Nagahama Ramen Goten（博多長浜らーめん御天） - I'm still on a quest to find the best bowl of Hakata ramen in Tokyo, and this place looks like a solid contender.

Of course, my big wish is to be able to make it down to Kyûshû and eat Hakata ramen in its birthplace, but we'll see how the year unfolds...
Posted by Nate at 9:36 PM